What is the Australian Resources Sector

The Australian resources sector or industry refers to all exploration, mining and production activities associated with minerals in the mining, oil and gas (or petrochemical) industries, including construction. After a period of unprecedented growth – which saw Australia experience the highest level of investment projects, production and sales for minerals produced than ever before – the Australian resources sector has emerged from a period of downturn where projects were delayed or cancelled and jobs lost. Like any other sector, the resources industry is cyclical and not immune to global market forces. 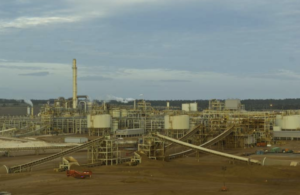 Looking Back on the Australian Resources Sector

Up until the last quarter of 2008, about 136,000 people in Australia’s workforce were employed in the Australian resources sector, up by 55,400 jobs over the last five years. This alone indicates the strong cyclical nature of the industry. Even with jobs losses across the industry in 2009 totalling some 20,000, these losses are coming off the back of unprecedented growth and still don’t have the industry back at its original employment levels of five years ago.

If we now consider that around 61,500 new operational jobs were expected to be created in the mining sector by 2015, as well as tens of thousands more in the construction stages (according to estimates released in the National Resources Sector Employment Taskforce report in July 2010), the industry was predicted to face a skills shortage that far exceeds that experienced in the five years preceding 2008.

The Taskforce, which was established in late 2009, was tasked with consulting with industry to better understand the skills and employment numbers required for more than 75 advanced major resources projects, and some 286 less advanced projects – most slated to commence production in the period 2010 to 2020.

Of the 75 advanced projects identified, 67 were already under construction (with 30 of these still underway in 2011) and eight were yet to start, but were expected to do so within the next three years. 41 projects were in the energy sector (predominantly coal seam gas/liquefied natural gas), 28 were in mining (predominantly coal and iron ore) and six in mineral processing.

Major employers in the industry are:

Mining plays a big role in the Australian resources sector. Within the mining industry there are three significant activities – mine operation, mining support and mining construction. Over two thirds of workers in the mining sector are involved in the construction and extraction, production, or transportation and material moving occupations – essentially ‘blue collar roles’; trades, operators and technicians.

Materials are extracted from the earth by means of either surface mining or underground mining; this is of course dependent on how close to the surface the desired substance is located. Surface mining is used when the mineral is located close to the Earth’s surface and is sometimes referred to as open-pit or strip mining. The method of extraction is quite simple and much more efficient than underground mining as it involves much fewer workers and is a less complex procedure. The process starts by blasting the surface with explosives and using earth-moving equipment to remove the top layers of rock and soil in order to expose the mineral bed. Once the mineral bed is visible smaller shovels are used to remove the material and place it in trucks to be removed from the site. The advantage of surface mining over underground mining is the increased safety and less complexity in process. However, both environments have unique challenges; the underground environment can be loud, damp, dark and hot with workers often working in isolated ‘pockets’. Working on the surface means being exposed to all weather conditions, which may cause the mine to shut for periods over the winter months.

Underground mining is undertaken if minerals are located deep within the Earth’s surface. In Australia, there are a number of new underground projects underway – several of which are employing very new mining techniques like block caving. The BHP Billiton Leinster Operation is example of this where block caving will be used to significantly extend the life of mine.

To access the area where the material is located it is necessary to construct at least two shafts; one is used for the transportation of employees, machinery and minerals the other is a ventilation shaft. The shafts can go in all directions depending on the location and directions of the mineral seams. Those looking to work in underground mines have to be able to work in dark, hot, noisy environments and be able to work in extremely confined spaces.

There are three methods used to extract minerals in underground mining:

Conventional Mining – This is the oldest method of the three and is slowly being phased out. A “Kerf” or strip is cut 1.8m to 4.5m in length underneath the seam and is designed to control the direction the ore falls once it has been blasted. Holes are drilled into the seam to allow explosives to be inserted; once the explosives have been inserted and detonated the ore is collected up and transported to the surface.

Continuous Mining – Ore is extracted using a continuous miner, which cuts out the ore and transfers it straight onto a conveyor belt to be transported away to the surface.

Longwall Mining – A machine similar to a continuous miner uses a rotating drum to cut the ore and transfer it to a conveyor
belt and at the same time insert hydraulic pillars to support the tunnel roof.

The oil and gas industry represents the most lucrative opportunities for those seeking employment, albeit is more difficult to gain entry and typically requires a trade qualification. In the oil and gas industry, there are two main areas – Upstream and Downstream – comprising different process elements:

Off shore vessels include: 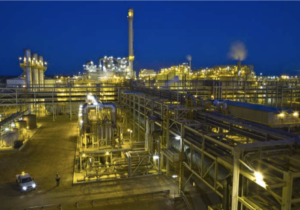 The word petroleum originates from the Greek word petra, for rock and the Latin oleum, for oil. This rock oil has its origins deep below the earth’s surface where the ancient remains of plants and animals have decayed and have been compressed to form crude oil and natural gas.

Extracted and refined, this oil and gas provides 80% of the world’s transport fuels and 50% of our energy needs. Petroleum is also used in pharmaceuticals, cosmetics and fabrics and is a base ingredient in most plastics. Around 72% of energy consumed in Australia is oil and gas, or derived from oil and natural gas (APPEA – Facts about Oil and Gas, 2004).

The developed countries of the OECD are the largest consumers of petroleum products but only hold 10% of world petroleum reserves, while the producer countries of OPEC use far less but own 75%. Consequently, petroleum products are produced, shipped, traded and distributed across the globe. The increasing demand for petroleum, along with a desire to diversify the sources of supply, is driving exploration into remote areas of the world, both on and off shore. Oil companies are making huge
investments in exploration surveys, drilling programs, and new production facilities in central Europe, Asia and Australia. One exploration well can cost up to $20m to drill.

This increasing demand is also driving investment in technical innovation. Recent advances in 3D seismic surveys and computer imaging are significantly improving the accuracy of exploration programs. Similar innovation in Directional Drilling techniques used on Australia’s North West Shelf reached a reservoir 7.5 km away and 5 km below the Goodwin off shore platform.

Like many capital intensive, technologically advanced industries, the Australian petroleum industry does not employ large numbers of staff. Direct employment in producer companies probably numbers around 15,000 nationally. However, the industry is dependent on many suppliers, contractors and service companies. Consequently, the total number of jobs dependant on the petroleum industry is estimated to be in excess of 30,000. Generally this workforce is highly skilled, and consequently, receives above average wages and salaries.

There are many employers in the petroleum industry that contribute to the Australian resources sector. To spread the risk and share the expense, most oil and gas fields are developed by Joint Ventures formed of international oil companies, smaller local firms, and representatives of the major customers. The Joint Ventures will appoint one company to manage the field exploration program, the construction of facilities, and the operation of the production assets.

Rosters in the Australian resources sector vary and may depend on whether you live residentially or elsewhere and need to fly, drive or bus to site from another location. Some common terms you may see in advertising include:

Rosters can include a number of combinations of the above. For example, a roster of 2 weeks on, 2 weeks off, 2 weeks on, 4 weeks off is common for oil and gas operational roles.