Australia’s Resource Sector operates across every state of Australia. In particular, Western Australia, Queensland and the Hunter Valley region of New South Wales offer significant opportunities for both Fly In, Fly Out (FIFO) and residential careers and lifestyle.

The following provides an overview of the key regional locations in Queensland where local employers prefer a mainly residential arrangement for their workforce. Some locations will also offer FIFO opportunities, but the overview is provided for those actually considering a move to a specific location. 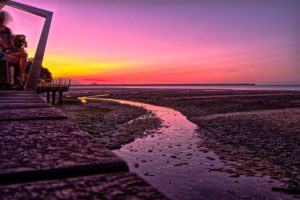 Boasting a sub-tropical climate and sheltered by two islands – Facing Island to the east and Curtis Island to the north – Gladstone has recently assumed a prominent place in the Australia Resource Sector with three major LNG projects approved for Curtis Island, about to generate thousands of jobs. Located about 550kms by road north of Brisbane and 100kms south east of Rockhampton, the city was named after British statesman, William Gladstone.

With a population of about 30,000, the population has increased significantly since the founding of the Queensland Alumina bauxite refinery, the biggest alumina refinery in the world. The Gladstone region is known for its strong economy and employment opportunities and has a strong retail and service sector within the modern urbanised city centre. Its coastal location means Gladstone is renowned for its marine activities and the Gladstone Marina is frequently used for boating and sailing activities. Gladstone gives you immediate access to the famed Great Barrier Reef, Heron Island, Wilson Island and Lady Alice Island amongst others.

The city boasts an impressive array of cultural, and sporting facilities and festivals, including Spinnaker Park and Marina, Tondoon Botanical Gardens, wineries, regional gallery and museum, the annual Sunrise Longboard classic surfing competition held in March each year, and the Gladstone Harbour Festival held during Easter each year. All three major LNG projects will employ a mainly residential operational workforce, presenting an outstanding opportunity to live and work in a pristine location.

With Airlie Beach – the gateway to the Whitsundays and the Great Barrier Reef – just 130km to the north, Mackay (rhyming
with ‘sky’) is a compelling base for those seeking a career in the industry. Perhaps more known for producing more than a third of
Australia’s sugar cane, the mining and oil and gas sectors are rapidly expanding in the area, offering greater opportunities than ever before.

Mackay is based on the eastern coast of Queensland, about 970 kms north of Brisbane in a region referred to as the Mackay – Whitsunday region. Mackay is also widely recognised as the gateway to the Bowen Basin coal mining reserves of Central Queensland. It is the single largest coal reserve in Australia, with 34 operational coal mines extracting more than 100 million tonnes annually. This represents about 83 per cent of Queensland’s coal production, among its most important export commodities. While much of this is used in Australia, Japan and China are the largest export recipients. Although coal was reported to be discovered late in the 19th century, it was not until 1971 that the first coal from Goonyella was produced on a commercial scale.

Over the past 10 years, Mackay has become the location of choice for many mining service companies that supply and consult to the mine operators. This is due to its strategic proximity to the mines, major highways and train lines, and the Hay Point coal terminals. Most of these companies are headquartered in the suburb of Paget, to the city’s south. The region, and Mackay, in particular has had its share of natural disasters. In 1958 and again in 2008 and 2011, major flooding left a trail of significant damage. Mackay was also battered by Tropical Cyclone Ului, a category three cyclone which crossed the coast at nearby Airlie Beach, in March 2010. Mackay’s population of 116,000 is serviced by a number of major shopping centres, including Mt Pleasant Greenfields with 250 specialty stores and a five-screen cinema complex.

The Mackay City Heart, located in the older city centre, is also another thriving part of the city. It is the home of many of the region’s banks, law, accounting and other professional service firms.

Mount Isa came into existence soon after 1923 when John Campbell Miles discovered a rich seam of silver-lead. Mining began in the late 1920s, with Xstrata now operating the Mount Isa Mines lease and employing around 4500 people across mining and processing streams, producing copper and zinc-lead-silver.

The town gained notoriety in 2008, when the local mayor suggested that even “not-so-attractive” girls could find a partner in the friendly north-west Queensland town – such was the abundance of single mining blokes. Given that nearly half of the district’s population of some 30,000 is female, the statement probably did more harm than good. Mount Isa was proclaimed a city in 1968 when the population reached 18,000. Now a major regional centre, Mount Isa is the administrative, commercial and industrial centre for Queensland’s vast north- western area.