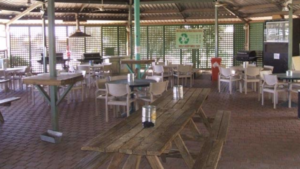 Many mines in remote areas have a traditional company town, or support towns that used to be company towns. Such locations include Leinster and Newman in Western Australia and Mount Isa in Queensland. Such locations can often be termed ‘closed towns’ and not then typically open to the general public moving there unless directly associated with the operation or support infrastructure. These operations most often require new employees to produce a Police Clearance in order to work and reside there – with the view being that they need to ensure a safe environment, free of criminal activity. Most company towns have basic facilities, including shopping, dining, schooling, child care and recreational amenities, such as golf courses, sporting ovals, gyms and cinemas.

Other operations are based closer to or within larger regional centres such as Kalgoorlie and Port Hedland (in Western Australia), Townsville (in Queensland) or the Hunter Valley (in New South Wales). These centres obviously feature significant facilities and infrastructure. Mine sites that are based either in or very near a large town or city may require employees to live in the town/city for the entire contract of their employment. In this instance, the company may offer to cover your relocation costs as an incentive and/or offer housing allowance whilst residing in the region. This would be in addition to your salary. If the job posting quotes “local hire conditions” or “local hire only”, this means that the company will not pay to relocate you, so be sure to ask if this is the case.

Most remote area mines are operated on a fly-in-fly-out (commonly referred to as FIFO) basis, where the employee’s home and family remains in a major city, and the employee flies out to the mine for a period of solid work, then flies home for a period of rest. This FIFO roster can vary from site to site. Three weeks on / one week off rosters are not uncommon and the working away period can be for much longer than two or three weeks. However, more and more mining companies are optimising retention of
current employees and attraction of new employees by increased benefits and lifestyle choices. FIFO rosters are consequently shortening with nine days on / five days off or eight days on / six days off rosters becoming more the norm.

Free flights, meals and accommodation are provided for employees working on a FIFO roster as a means to offset the time spent living away from home. Living quarters provided at camp sites range from two by four metre portable homes to permanent six by eight metre rooms with ensuites. Fridges, single beds, television, electricity and water are also provided with rooms. Rooms are serviced daily with sheets and towels regularly changed.

Permanent employees normally have their own designated room where they can leave their personal items. In other words, no other employee uses or access the room whilst the permanent employee is off roster. Contractors, however, have temporary room assignment where they may not actually have the same room each swing. Other contractors will also be assigned the room, once you are off roster for that period, so personal items cannot be left. Contractor or temporary rooms are also not as well equipped, ie often do not have a television or phone. Permanent employees can be relatively easily contacted by family and friends on site, depending on where they work (ie if underground, this may not be the case). Similarly, most rooms for permanent employees are provided with a phone for local calls and mobile phones will work at site. 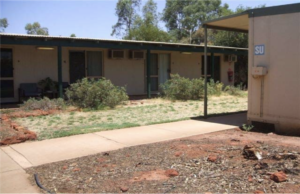 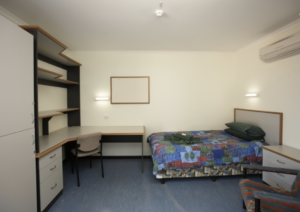 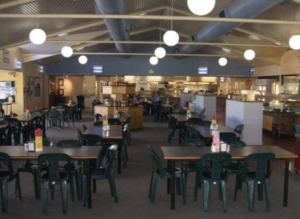 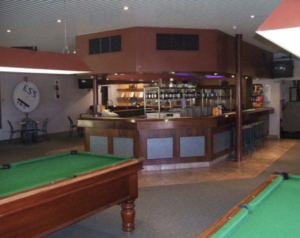 When working FIFO and living on a camp site, the working day is typically 12 hours. As such, you are expected to be ready to board the transportation from camp to mine site, eg by 6am. This makes for a long day as travel time and meals either side are not included in the ‘work time’ hours, ie prior to the 6am start, you will have breakfast and need to pack your ‘crib’ to take with you to site.

Oil and gas operations are either on shore or off. For on shore operations, employees either live locally where the production or processing facility is based or as a FIFO arrangement. As such, you can expect the same arrangements as those in mining (see above). Major on shore oil and gas processing facilities are based in Moomba (north of South Australia), outskirts of Melbourne (Longford) and the north west coast of Western Australia (near Karratha, Dongara and Port Hedland).

Off shore vessels include:

You fly to an off shore vessel by helicopter. To do so, you must have a current HUET ticket and Marine Identification Security Card. Please refer to the ‘Getting Started’ section for further details of training providers. Working off shore is different to a mine camp site in that you are working, eating and sleeping in a confined space without a great deal of time to yourself. Sometimes two or four employees share a room (with bunk beds and ensuite) at a time. For two sharing a room, you do have the room to yourself in that your room mate is working the opposite shift, however if you are sharing with four, it does mean that you will be in the room with one other person at the same time, so privacy is rare. It also means that you are sharing a small space with a person whether you like them or not! 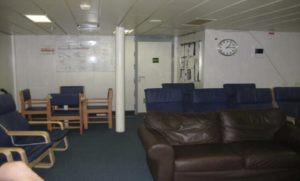 Television and Recreation Room on an off-shore vessel

Most rooms have a small desk and chair, television and DVD player. There will be a television room on the vessel with
large screen television and range of movies, but remember the majority elects what to watch. Rooms are serviced daily on the main and for permanent employees, you may have a phone in your room. On an off shore vessel, there is no smoking and no alcohol.

The vessel will have dining facilities and onboard chefs who cater for three main meals per day and snacks. Like mining, a selection of hot and cold dishes in buffet style is served.

Employees can take only 10kgs of personal items in a soft bag to the vessel. Work clothing is left on the vessel, so you need only to take toiletries and change of clothes for after work hours. If you are contracting, however, you may also need to take your own work clothes including boots. Some vessels supply overalls but some don’t, so ensure that you are clear about what it is you need to supply and what it is that the employer supplies. All other Personal Protective Equipment (PPE) is provided.

For permanent employees, platforms will generally allow unlimited phone calls, but it is also typical for employees to get given a phone card which allows for a number of calls per week. Be mindful that there are often only one or two ‘public’ phones on the vessel, which means your time is limited; other colleagues will wish to also use the phone and before or end of shift are peak times. You need to be aware that you cannot be easily contacted by family or friends and that you will also have limited access
to do so. Mobile phones are not always allowed, or work, on an off shore vessel.

Most vessels have unlimited internet access after hours, but again on a limited number of PCs which requires workers to be mindful of others also wishing to use the facility. In summary, you need to remember you are working with a diverse range of people with different views and backgrounds to your own in a very confined space. You need to be extremely team orientated and tolerant of others to work in this environment. Working off shore is the most lucrative of all resource sector jobs but too many people overlook what can be a difficult working environment for some who are unable to cope with living so closely with people 24:7.

15 Steps for Beginners in Resources