How Dylan Got His Start in the Resources Sector

Two years ago Dylan made the decision to leave his Monday to Friday job to try get a start in resources sector. There was a lot of work, research and planning that would be required for him to make the jump but he was committed and ready to stick it out. Now in his late twenties, he’d spent the last decade working as a HVAC Technician on Australia’s east coast. He’d done some FIFO work in the commercial space for companies servicing large companies like Woolworths and Coles, where they’d travel to do big installations. Apart from this, Dylan says he had no prior experience with mining operations but was attracted by the job prospects in the industry.

Dylan packed his stuff and moved over to Western Australia in search of work. The first thing he did was make sure he had the necessary tickets to get a foot in the door in the resources sector.

“I came over and did all my rigging tickets and what have you, I just started doing that to begin with.”

In a study of the resources recruitment process by MyPass Global, it was found that 117 steps exist between a worker applying for a job and actually stepping onto site. Dylan testified to this, explaining the process he went through in those first weeks.

“When I first started, it was 200 steps, it was just heaps of ground work. I was pretty committed to it… I wanted to get into mining and knew I just needed to get a foot in the door. I was applying for a bunch of drillers offsider positions, then a position in a blast crew came up through a recruitment company. So I took that and used the money I made to put myself through all the rigging tickets.”

He said there was a range of challenges, including at first having to learn on new equipment and machinery which he was able to pick up quite fast. Lot’s of his experience reflects the points made in our guide ‘15 Steps for Beginners in Mining’. Dylan admits he was fortunate to be, “working with some really good guys who wanted to help and made it really easy to transition.”

It was on that Shutdown that one of these workers made Dylan aware of how he could utilise his prior experience.

“Someone said to me “You’re a HVAC Technician, why don’t you go do some fitting work?” I didn’t realise there was the crossover at the time.”

Dylan then learnt that a local company, Minprovise, would take on “fridgies” as Mechanical Fitters. From there he got the relevant certifications including his Rope Access, Mech Fitter tickets, going through the RPL to get recognition for his experience. 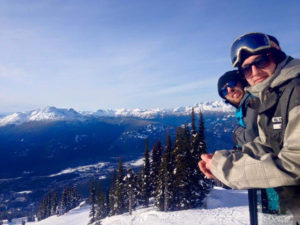 Over time it got easier for Dylan, as he started getting to know more people and having more experience on his resume.

He says that the biggest frustration in this process was the double-up of work when filling out forms and applications.

“You’re forever filling out the same bits of paper, sending away to all these companies…then they send you the same forms back and say “it’s for a different department.” You spend your life doing paperwork and doubling up on everything.”

Dylan recently signed up to MyPass and says that he likes the idea of having everything there in one place to access. If more companies were to start using a system like that, it would be easier for everyone.

“It would be ideal for doing short contract work, just being able to give them that identity and that folio and have it all done in one go.”

Like many resource workers, the best option available to him for tracking his numerous tickets and qualifications, is a big folder on his computer. 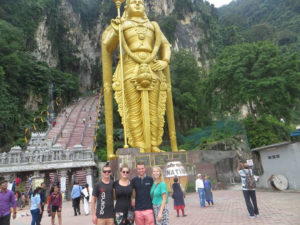 Dylan came across MyPass through a Shutdowns Australia article posted on LinkedIn. This prompted us to ask him about a trend that we recently wrote about, regarding blue collar workers signing up to LinkedIn. So we asked, why & how are you using LinkedIn to find work?

“I’ve been on there for a while, on and off. I’ve only started actively using it probably the last six to eight months. Just trying to keep it updated as best I can, searching for jobs because I’m finding a lot of the time companies aren’t using SEEK. They’re using LinkedIn and other services like that. So I follow a lot of different companies and their updates. It’s also a global platform, rather than SEEK which is just Australia, so I’m expanding my search and willing to go overseas.”

Dylan is once again putting himself through the hard yard applications process after deciding he wants to get a start in off-shore. With off-shore being notoriously difficult to get into, he’s being persistent and again equipping himself with the right qualifications in advance.

“I went out and put myself through the BOSIET, it’s about a two grand course, two days of your life. I got MSIC and all that stuff, so just going through all that again now.”

Although not for everyone, he says that living a somewhat nomadic lifestyle in the resources sector, with no permanent residence, makes it easy for him to pack up and move when opportunities come his way. He’s even applied for positions over in the UK which he says would allow him to have the same lifestyle but enjoy travelling Europe in his weeks off rather than Perth and the surrounding areas.

Safety in the Resources Sector

Dylan sadly witnessed the death of a co-worker recently and says that incidents like this aren’t always a failure of the company. A fellow worker had an incident and passed away after being transported back to hospital in Perth.

“I was on shift when the incident happened, I didn’t see the full thing but saw him getting placed onto the stretcher.”

He says that incidents like this often lead to many people coming out and blaming companies for creating unsafe work environments. An article was recently published after an investigation into deaths in Queensland’s resources industry, placing emphasis on the bigger picture of company safety procedures. Dylan spoke positively of the company’s response and resources provided to workers after the incident.

“Everyday the company has been providing support. They’ve got specialised councillors up here who are available to talk to, the companies have been really good about the whole process. It’s still ongoing and will be for a while with the investigations occurring.” 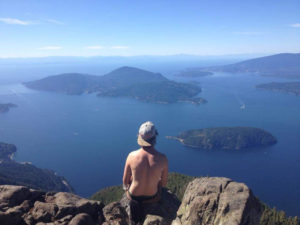 When it comes to staying or moving on from mining, Dylan joked that in the short-term he’ll pack up “as soon as someone gives me a start off-shore.” In the long-term, he does plan on getting out as he says everyone probably does at some point.

“The FIFO lifestyle can be extremely difficult as far as having relationships and stability. You go home and everyones at work, so you don’t have that kind of network around. I’m fortunate enough at the moment to be working with a really good crew of guys which makes it really good.”

He says that if he ever has a family he’d prefer not to be working FIFO in the resources sector, even if it would mean taking a “fairly sizeable pay hit”.

“I’d much rather be settled somewhere and be with them.”

For now he’s happy continuing to build his experience, skills and qualifications which seems to have been a successful formula for him so far.

If you or someone you know would be willing to share their experience in the Resources industry, please reach out to hmorton@mypassglobal.com