Lynas Corporation has selected Kalgoorlie, Western Australia as the home for its cracking and leaching plant for rare earth minerals processing.

This is the first step to making the historic mining town, which is known as the gold capital of Australia, a critical minerals hub.

The Goldfields city was one of two finalists being considered as a location for the plant. It was selected due to its close proximity to Lynas’ Mt Weld mine and Kalgoorlie’s existing skilled workforce and history in the mining and processing industries. 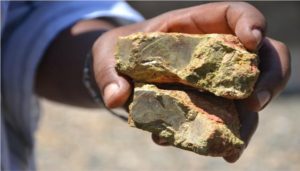 The cracking and leaching plant project is expected to create around 500 construction jobs and 200 ongoing jobs in Kalgoorlie once approval processes are finalised.

Mt Weld’s rare earth concentrate is currently exported to Malaysia for processing, but the cracking and leaching plant is a further step to advance the Australian government’s critical minerals strategy.

It will also help the Western Australian Government achieve its objective for more downstream processing and allow Lynas to explore opportunities for next stage upstream solvent extraction processing in the state.

Lynas has signed an option to sublease an industrial zoned property from the City of Kalgoorlie-Boulder, with the terms of the lease now being finalised.