Legend Mining has uncovered a significant nickel-copper discovery at the Rockford project in the Fraser Range, Western Australia.

Legend managing director Mark Wilson said Mawson has distinct differences from other sulphides in the area such as Nova, Silver Knight and Octagonal, due to its stratigraphic rock layers. 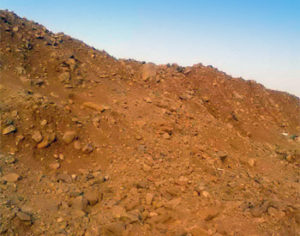 He said the discovery is an outstanding exploration success for the company and a “watershed moment” for the Fraser Range and Legend’s stakeholders.

“The 2.1-metre-high grade intercept within a 14.9 metre sulphide zone within a 70-metre disseminated sulphide halo has all the hallmarks of a large mineralised system,” Wilson said.

“Mawson lies within a 16 kilometre by 6-kilometre mag feature within a distinctly different stratigraphic package of rocks from the other known Fraser Range occurrences of massive sulphides.”

Legend has been working with Perth-based exploration company, the Creasy Group, to explore the Rockford area which it formed a joint venture with during September 2015.

Looking ahead, Legend and Creasy Group will complete structural logging of the third diamond drill hole to plan for follow up drilling, the determine the extent of the copper-nickel mineralisation. Read more…