Beacon Minerals has opened the Jaurdi gold mine near Coolgardie in Western Australia. 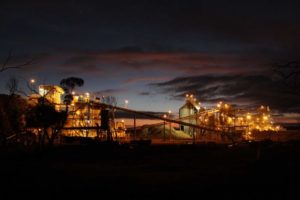 The mine, 35 kilometres north-west of Coolgardie, will have an operational workforce of 40 people.

Beacon will transition into a gold production company through Jaurdi, with the first full quarter of operations ending at the end of this month.

With regional exploration is under way, the company expects results from this campaign in the next two weeks.

Beacon managing director Graham McGarry said the official opening of the Juardi gold mine was recognition of the project team’s effort.

“Beacon continues to review its operations and we are actively making changes to reduce the operational costs,” McGarry said.

“The McGowan Government through initiatives, such as Streamline WA and Machinery of Government changes, continues to provide improvements to our state’s efficient and effective regulatory system,” Johnston said. Read more…