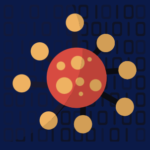 MyPass Global have released a free online training module focused on COVID-19 awareness when returning to work. The training module was created in accordance with the Australian Department of Health’s COVID-19 guidelines and involves working through a 10-minute presentation before acknowledging your understanding of the content.     The training course is being offered to […] 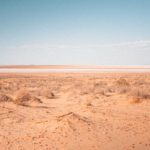 South Australia boasts some of the biggest mining projects in the country.   Roxby Downs Roxby Downs, 570km north of Adelaide in central South Australia, was purpose-built in the late 1980’s to service the massive Olympic Dam mine now owned by BHP Billiton. With a resident population of 4500 and another 900 commuting workers who […] 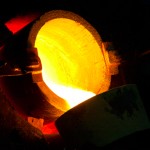 Looking for a Self starter for 3 months work who can read and interpret shop drawings. Location is Capalaba, Brisbane. Contact: admin@rmsaus.com.au

Around 121,000 workers are employed in the mining & METS sector in Victoria. The famous Victorian gold-rush was sparked after a discovery was made in Ballarat in 1851. The migration of people to the state during and following this period largely shaped the way it looks today. These are the locations that continue to be hubs for the states resources industry. 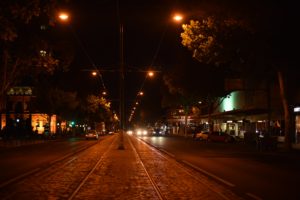 Bendigo is the second largest inland city and fourth most populous city in Victoria and offers easy access to great sporting, shopping and cultural activities just 90 minutes away in the state’s capital of Melbourne. With a population of nearly 90,000 people, the city boasts beautiful heritage buildings and leafy Victorian streetscapes. Bendigo is most notable for its gold mining heritage. Since 1851, over 22 million ounces of gold have been extracted from goldmines, making it the highest producing 19th Century goldfield in Australia. The city is serviced by major rail and air links, boasts the largest regional hospital in Victoria, and has a range of public and private schools, including Melbourne’s LaTrobe University and Regional Institute of TAFE campuses. Useful sites: http://www.bendigo.vic.gov.au/ http://www.bendigotourism.com.au/

Ballarat is located in central Victoria, on the Yarrowee River. The area was first settled in 1838 by sheepherders and developed rapidly after the discovery of rich alluvial gold deposits in 1851. In 1854, two years after its founding, Ballarat (its name was derived from two Aboriginal words meaning “resting place”) was the scene of an armed rebellion known as Eureka Stockade, in which about 25 miners, demanding political reform and the abolition of licenses, were shot down by the military; the incident is commemorated by a memorial and the Eureka Stockade Centre. Ballarat became a municipality in 1855, a borough in 1863, and a city in 1870. Ballarat Gold Mine is owned and managed by Castlemaine Goldfields Propriety Limited (CGT) who entered into an agreement to acquire the Ballarat tenement package including the mill, various equipment and substantial mine development from Lihir Gold in March 2010. First gold production commenced during the 3rd Quarter 2011. Mining techniques are based on a combination of ore generated from the development along the strike of the ore zone, mechanised drift and fill plus longhole bench stoping. Mining at Ballarat Gold Mine aims to maintain a production rate of 40,000 to 50,000 ounces of gold per year from underground drilling programmes targeting resources adjacent to existing workings and which have significant additional potential for mine life extension. Useful sites: https://www.ballarat.vic.gov.au/

Rosebery is a mining town which sprawls up Mount Black. The town wasn't settled until gold was discovered in 1893. This was largely due to the inaccessibility of the entire West Coast where the combination of dense forests, the relentless Roaring Forties and undergrowth with its leeches and dense scrub, made travelling through the area difficult. In 1893 a gold prospector named Tom McDonald reached Mount Black and staked out the claim which over a century has grown into a substantial mining operation which today employs over 480 people - mostly locals. The attractions of Rosebery include interesting displays relating to the town's mining history and some  walks through the dense forests to the volcanic mountains and the impressive Montezuma Falls. Rosebery is 100% owned by MMG Limited and has been operating continually for over 80 years, with operations starting in 1936. Zinc, copper and lead concentrates, as well as gold doré, are produced at Rosebery using mechanised underground mining method followed by crushing, grinding and floatation processes. http://www.aussietowns.com.au/town/rosebery-tas

Renison is located on the west coast of Tasmania, approximately 15km north-east of Zeehan, and is one of the world’s largest and highest grade tin mines with mining spanning three centuries. Renison is the largest tin producer in Australia and one of the few publicly held tin projects in the world. The current Mineral Resource is 15 million tonnes at a tin (Sn) grade of 1.35% Sn for 203,000 tonnes of contained tin. The Ore Reserve is 6.8 million tonnes at a grade of 1.06% Sn for 72,000 tonnes of tin (approximately 8 years). Renison is currently producing approximately 7,000 tonne of tin in tin concentrate per year. Renison is currently expanding production through the construction of a new crusher plant and ore sorter. The strategy with the ore sorter is to increase underground ore production to approximately 920,000 tonnes per annum, while maintaining the processing plant at approximately 720,000 tonnes per annum. The ore is sorted with the rejection of an estimated 200,000 tonnes per annum of waste by the ore sorter, upgrading the mill feed grade with a resulting increase in tin production by an estimated 15-20%. https://www.metalsx.com.au/tin/

Gold was discovered in the Tanami Desert by Alan Davidson. He arrived in the area in 1898 prospecting until 1901.[2] He took the name Tanami for the region from local Aboriginal people who visited his camp. The Granites is a gold mine in the Tanami Desert which has been operated by Newmont Mining since 2002. In 2016, Newmont Mining undertook a $120 million upgrade of the mine, constructing a new decline and processing facilities, taking the mine life to 2027.